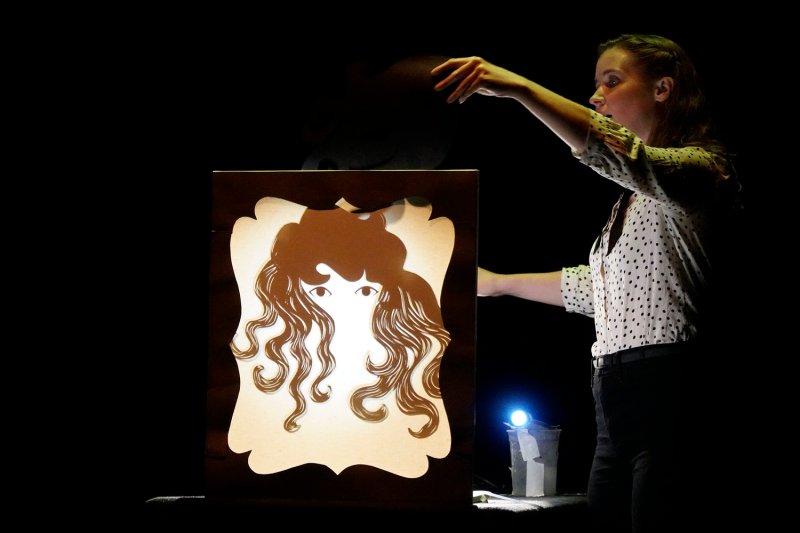 Friday, 8pm, Storrs Connecticut: I’ll be presenting Black is the Color, in which I am both puppeteer and singer of a plaintive traditional ballad of love longed for; and My Eyes off of You, a pas de deux between me and my own hand, in a comic tale of love that is found and then no longer longed for.

I’m excited to polish these two pieces & continue to develop them, as they’re still relatively new. I first created both at Puppet Showplace Theater in their excellent professional development programs—highly recommended for both pros and hobbyists!

04 Sep This entry was published on September 4, 2017 at 2:18 pm. It’s filed under My Work, Puppetry, Theater, Uncategorized and tagged Puppet Showplace Theater, Puppet Slam, puppeteer, Puppetry, shadow puppetry, The Ballard Institute and Museum of Puppetry. Bookmark the permalink. Follow any comments here with the RSS feed for this post.